Renowned panelists from Irish Government, industry and academia will discuss the challenges of collaborative R&D today, using specific cases in Ireland as background. We will discuss the efficacy of government/industry/academia collaboration, and the role that ComSoc/IEEE can have in facilitating industry/academia synergy. There will be 6 panelists: 2 each from government, industry and academia; after a set of brief opening remarks there will be an interactive discussion period, moderated by Vincent Chan, President IEEE Communication Society. Some of the questions and issues to be addressed are: 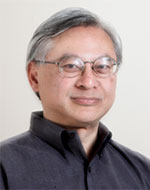 Vincent W. S. Chan, the Joan and Irwin Jacobs Professor of EECS, MIT, received his BS(71), MS(71), EE(72), and Ph.D.(74) degrees in EE all from MIT. From 1974 to 1977, he was an assistant professor, EE, at Cornell University. He joined MIT Lincoln Laboratory in 1977 and had been Division Head of the Communications and Information Technology Division until becoming the Director of the Laboratory for Information and Decision Systems (1999–2007). He is currently a member of the Claude E. Shannon Communication and Network Group at the Research Laboratory of Electronics of MIT. In July 1983, he initiated the Laser Intersatellite Transmission Experiment Program and in 1997, the follow-on GeoLITE Program. In 1989, he formed and acted as PI of the All-Optical-Network Consortium among MIT, AT&T and DEC.  He also formed and served as PI of the Next Generation Internet Consortium, ONRAMP among AT&T, Cabletron, MIT, Nortel and JDS, and a Satellite Networking Research Consortium formed between MIT, Motorola, Teledesic and Globalstar. He has served on many US/non-US government advisory boards/committees and the Board of Governors of the Communication Society including VP of Publications. He also has been active with several start-ups and was a Board Member of a Fortune-500 network company and chaired its technical advisory board. He is a Member of the Corporation of Draper Laboratory and is a member of Eta-Kappa-Nu, Tau-Beta-Pi and Sigma-Xi, and the Life Fellow of the IEEE and the Fellow of the Optical Society of America. He is currently the President of the IEEE Communication Society. 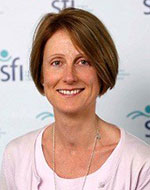 Dr. Aisling McEvoy is Head of Enterprise Partnerships at Science Foundation Ireland (SFI). SFI’s industry partnership programmes provide an opportunity for industry to collaborate directly with scientists and engineers within Irish research bodies at a number of levels ranging from seeding an initial engagement with an academic group, to large-scale collaborative endeavours. Within SFI, Aisling has managed programmes for senior investigators and early/mid-career researchers, as well as partnership programmes with international funding agencies. She has also had responsibility for research impact and peer review within the Foundation.

Aisling graduated from University College Dublin with a B.Sc. (Hons) in Experimental Physics, and received her Ph.D. in Applied Physics from Dublin City University, after which she held positions both in the private sector and in third level research before joining Science Foundation Ireland. 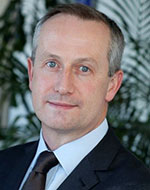 Leo Clancy is a member of the Executive Committee of IDA Ireland. IDA’s mission is to attract Foreign Direct investment to Ireland, creating jobs and economic benefit for the people of Ireland. He leads the Technology, Consumer and Business Services sectors, comprising over 40% of portfolio, as well as having responsibility for Corporate IT.

Leo’s clients at IDA include the largest technology companies in the world. His role is to ensure continued growth and success for those companies already invested in Ireland and to continuously attract new investors. Over his six years at IDA he has worked closely with investors and with the Irish industrial and policy landscape through a major growth phase for technology companies.

Prior to IDA Leo spent 17 years in the telecommunications industry. He served for over 4 years as Service Delivery Director for e|net, an Irish fibre optic communications company operating Government owned networks under a Public Private Partnership. Leo worked for 13 years at Ericsson where he held a number of engineering and management positions, most in Global Services for the Europe, Middle East and Africa region. He worked as General Manager of Ericsson Ireland’s large Service Delivery business from 2006 to 2008.

Leo holds a degree in Electrical and Electronic Engineering and an Diploma in Electronics and Telecommunications. 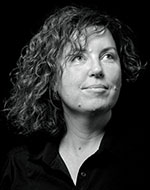 Professor Linda Doyle is the VP of Research /Dean of Research and Professor of Engineering and The Arts in Trinity College, University of Dublin. She was the founder Director of CONNECT a national research centre, co-funded by SFI and industry, focused on future networks and communications. Prior to CONNECT Prof. Doyle was also the Director of CTVR. Her expertise is in the fields of wireless communications, cognitive radio, reconfigurable networks, spectrum management and creative arts practices. Prof. Doyle has a reputation as an advocate for change in spectrum management practices and has played a role in spectrum policy at the national and international level. Currently she is a member of the National Broadband Steering Committee in Ireland, and is Chair of the Ofcom Spectrum Advisory Board in the UK. She is a Fellow of Trinity College Dublin. She is on the Board of the Festival of Curiosity - A STEM outreach activity for children based on a city-centre yearly science festival. She is a judge in the BT Young Scientist, Ireland's premier science competition for school children. She is the Chair of the Board of the Douglas Hyde Gallery and sits on the Board of Pallas Project Studios. Prof. Doyle is a Director of Xcelerit and SRS, two CTVR/CONNECT spin-outs. 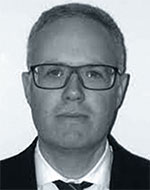 Most recently, Lorcan was Founder and Chairperson for ThinkSmarter Analytics. Formerly, he was Cisco’s Global CTO for Mobility, Founder and CEO for Adaptive Mobile Security, Ericsson CTO for Vodafone,  General and Venture Partner for a Swiss VC and held many operational positions at Nortel. Lorcan is an advisor to the Telecom Infrastructure Project, Softbank, and has advised Nomura on investment in Technology and Telecom. 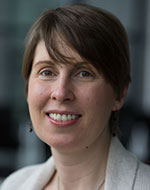 Donna’s research expertise lies in the area of enterprise security (i.e. SDN and NFV security) and network and service management with a specific focus on the design, analysis and optimisation of wired and wireless communication systems, networks and services. During her PhD she made a significant contribution in the area of service provisioning for Beyond 3rd Generation (B3G) networks. On completion of her PhD she spent five years working for IBM and this work exposed her to the rigorous design discipline that is a prerequisite for the successful development of large, complex systems across several sites, multiple design teams and various target platforms. The work in IBM also deepened her technical knowledge in the area of network and service management for mobile and Cloud based services.

Donna has been a central figure in establishing the IDA funded National Cybersecurity Cluster called Cyber Ireland the goal of which is to ensure that Ireland is well positioned both to service the already significant activities in the area of cybersecurity research and innovation and to build excellence and talent that will enable further growth in this expanding field.

Donna is director of IT@Cork a not-for-profit independent business organisation representing the interests of the IT industry in Cork, is chair of the Computing Department’s research studies committee and is a committee member of IEEE UK Ireland Women in Engineering and is an IEEE Senior Member. 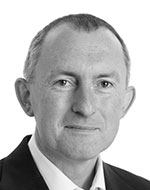 Alan leads hardware systems development for Enterprise & Industrial Automation within Nokia Bell Labs. Alan has 20 years experience in innovation leadership in both startup and multinational companies with much directly in the realm of technology development through university-industry collaboration. Nokia Bell Labs in Ireland is an active participant in multiple university joint research programs. Prior to joining Nokia Alan was Director of Ireland’s national Technology Centre for Applied Nanotechnology which developed a highly successful industry-academic collaboration model which was endorsed by the EU Commission representatives as best in class and included an IP model signed by 24 member companies and 6 universities. During his career Alan has led product development teams serving global customers in ICT, medical device and chemical process technology industries.