Panel on "Standards and Standardization - The First Steps"

Session on "IEEE Communication Society - A Plethora of Exciting Opportunities" 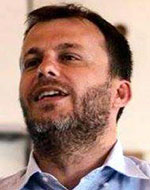 Dr. Periklis Chatzimisios serves as Professor in the Department of Science and Technology of the International Hellenic University (Greece). He is also a Visiting Fellow in the Faculty of Science & Technology, at Bournemouth University, UK. Dr. Chatzimisios is/has been involved in several standardization and IEEE activities serving as a Member of IEEE ComSoc Education Services Board, Member of the Standards Development Board, Member of the IEEE ComSoc Standards Program Development Board and Industry Outreach Board under the IEEE Communication Society (ComSoc). He is the Chair of the Communications Chapter and Professional Activities for the IEEE Greece Section and also serves as the Chair of ComSoc Technical Committee on Information Infrastructure and Networking (TCIIN), the Vice Chair of ComSoc Technical Committee on Big Data (TCBD) and an active member of the IEEE Future Networks (5G) Initiative. He is the EiC for the IEEE Standards Education e-Magazine (eZine) and a member of the IEEE Standards Education Committee (SEC).

Dr. Stefano Giordano is Full Professor at the University of Pisa and responsible of the TLC networks labs. He is senior member of the IEEE Comsoc and former Chair of the CSIM TC. He is member of IFIP WG 6.3 and of the ISOC (1992). He is the representative of the UNIPI in the Scientific Committee of CNIT. He founded with Juniper Networks the first European Juniper Networks Higher Learning Center. He is author of more than 300 papers on conferences and journals. He is associate editor of the Wiley's IJCS and of the JCSS. He is member of the editorial board of the IEEE COMST. He was co-founder of three start-ups (Nextworks, Netresults Natech) and co-founder of the Cubit Consortium where at present is President of the Scientific and Technical Committee. He is Vice-President of the TLC Eng Program at Unipi. His research interests are mainly related to the development of SDN/NFV solutions for IoT particularly in Smart Agriculture and Networked Cyber Physical Systems. 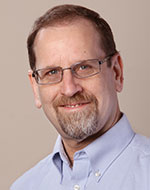 Dr. Robert S. Fish is President of the IEEE Standards Association and a member of the IEEE Board of Directors.  Dr. Fish is a faculty member in the Department of Computer Science of Princeton University and is also President of NETovations, LLC, a consulting company.     From 2007 to 2010, he was Chief Product Officer and Senior VP at Mformation, Inc. a startup specializing in carrier software for mobile device management.  From 1997 to 2007, Rob was Vice President and Managing Director of Panasonic US R&D laboratories working on embedding networking into consumer devices.   Prior to this, he was Executive Director, Multimedia Communications Research at Bellcore/Telcordia after starting his career at Bell Laboratories.  Besides his many publications, Dr. Fish has been awarded 17 patents.  He received his Ph.D. from Stanford University.  Dr. Fish is Chair of the Board of Governors of the IEEE Standards Association.  He also chairs the IEEE Edge-Cloud Standards Committee.  He is a past member of the ComSoc Board of Governors and former ComSoc VP of Industry and Standards.  He co-edited a series in IEEE Communications Magazine on IEEE standards in communications and networking.  During his career, Dr. Fish and his organizations have initiated and managed standards development activities in IEEE, ISO/IEC JTC1, 3GPP, OMA, IETF, ATSC, CableLabs, OSGi, and probably a few others. Dr. Fish was the recipient of ComSoc’s MMTC Distinguished Service Award.   For his leadership in standards activities, Dr. Fish was awarded the Standards Medallion of the IEEE Standards Association.  He is a Fellow of the IEEE. 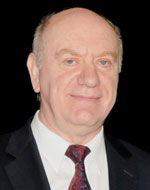 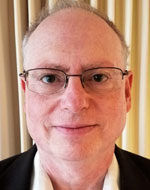 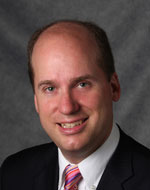 Glenn Parsons is an internationally known expert in networking, including mobile transport and Ethernet. He is a standards advisor with Ericsson Canada, where he coordinates standards strategy and policy for Ericsson, including network architecture for 5G radio transport networks. Previously, he has held positions in development, product management and standards architecture in the ICT industry. Over the past number of years, he has held several management and editor positions in various standards activities including IETF, IEEE, and ITU-T. He has been an active participant in the IEEE-SA Board of Governors, Standards Board and its Committees since 2004. He is currently involved with 5G transport standardization in MEF, IEEE and ITU-T and is the chair of IEEE 802.1. In addition to being the founding Editor-in-chief for IEEE Communications Standards Magazine, he was previously a Senior Technical Editor for IEEE Communications Magazine. He graduated in 1992 with a B.Eng. degree in electrical engineering from Memorial University of Newfoundland. 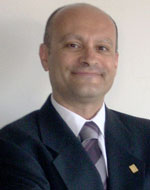 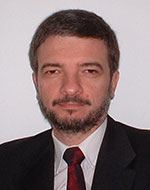 Ricardo A. Veiga is an Associate Professor at University of Buenos Aires (UBA), Faculty of Engineering. He was responsible for Postgraduate Studies and he is currently responsible for Planning and Management Control at the Faculty of Engineering, UBA. He was also Member of the Board of Directors of the Faculty of Engineering, UBA. He graduated from UBA as an Electronics Engineer (six-year degree program), and pursued postgraduate studies in Japan, and UADE University. He has also been working in Communications industry for 25 years, participating in the start-up of several companies. He has experience in leadership positions in mobile communications companies and service providers. He is member of the ComSoc’s Board of Governors (BoG) as Director of Member Services. He was member of BoG as Member-at-Large (2017–2019) and also member of the Finance Standing Committee and the Technical Committees Recertification Standing Committee. He was member of the BoG as Latin America Regional Director (2004–2005), increasing the number of Chapters by 17% and Student Branch Chapters by 100% in the region (38% of the total worldwide). He has led the Training Committee within ComSoc’s Wireless Certification Program (WCET). He was GOLD Coordinator and member of the LA Region Advisory Committee. He also served as Chair, Vice-chair and Treasurer of the Communications Chapter (Argentina Section). As Chair of the local ComSoc Chapter, he received the Chapter Achievement Award. He also received the IEEE RAB Achievement Award, IEEE Third Millennium Medal, IEEE Richard E. Merwin Scholarship, and Larry K. Wilson Regional Student Award, among others. He has become Student Member of the IEEE in 1980; he is a volunteer since 1985, and Senior Member since 2001. 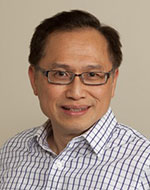 Nirwan Ansari, Distinguished Professor of Electrical and Computer Engineering at the New Jersey Institute of Technology (NJIT), received his Ph.D. from Purdue University, MSEE from the University of Michigan, and BSEE (summa cum laude with a perfect GPA) from NJIT. He is a Fellow of IEEE and a Fellow of National Academy of Inventors. He authored Green Mobile Networks: A Networking Perspective (Wiley-IEEE, 2017) with T. Han, and co-authored two other books. He has also (co-)authored more than 600 technical publications. He has guest-edited a number of special issues covering various emerging topics in communications and networking. He has served on the editorial/advisory board of over ten journals including as Associate Editor-in-Chief of IEEE Wireless Communications Magazine. His current research focuses on green communications and networking, cloud computing, drone-assisted networking, and various aspects of broadband networks. He was elected to serve in the IEEE Communications Society (ComSoc) Board of Governors as a member-at-large, has chaired some ComSoc technical and steering committees, is current Director of ComSoc Educational Services Board, has been serving in many committees such as the IEEE Fellow Committee, and has been actively organizing numerous IEEE International Conferences/Symposia/Workshops. He is frequently invited to deliver keynote addresses, distinguished lectures, tutorials, and invited talks. Some of his recognitions include several excellence in teaching awards, a few best paper awards, the NCE Excellence in Research Award, several ComSoc TC technical recognition awards, the NJ Inventors Hall of Fame Inventor of the Year Award, the Thomas Alva Edison Patent Award, Purdue University Outstanding Electrical and Computer Engineering Award, the NCE 100 Medal, and designation as a COMSOC Distinguished Lecturer. He has also been granted more than 40 U.S. patents. 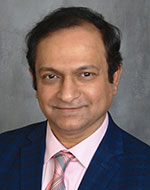 Ashutosh Dutta is currently senior scientist and 5G Chief Strategist at the Johns Hopkins University Applied Physics Laboratory (JHU/APL).  He is also a JHU/APL Sabbatical Fellow and adjunct faculty at The Johns Hopkins University. His career, spanning more than 30 years, includes Director of Technology Security and Lead Member of Technical Staff at AT&T, CTO of Wireless for NIKSUN, Inc., Senior Scientist and Project Manager in Telcordia Research, Director of the Central Research Facility at Columbia University, adjunct faculty at NJIT, and Computer Engineer with TATA Motors. He has more than 90 conference and journal publications, three book chapters, and 31 issued patents. Ashutosh served as the Director of Industry Outreach for IEEE Communications Society from 2014-2019. Ashutosh has been serving as the founding Co-Chair for IEEE Future Network Initiative. Ashutosh currently serves as IEEE Communications Society's Distinguished Lecturer and Member-At-Large. Ashutosh obtained his BS in Electrical Engineering from NIT Rourkela, India; MS in Computer Science from NJIT; and Ph.D. in Electrical Engineering from Columbia University, New York under the supervision of Prof. Henning Schulzrinne.  Ashutosh is a Fellow of IEEE and se